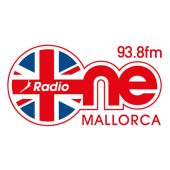 Brought to you by AVIT Marine

Live every Saturday from 7pm – 9pm

Des Mitchell can and he probably should but won’t as he’s just not that type of a guy. Celebrating 30 years as a professional DJ and 35 years in the business, most DJ’s would give an arm (ok maybe a finger) to have his kind of background and of course hope they can achieve just a part of what he’s done.

TMP (The Mitchell Project) is the alter ego of Des Mitchell and is used to create the odd tune that may make your head twirl & your body shake! The TMP Sessions Radio show features music from the man himself mixed with all the latest dance tunes and club classics.

Des Mitchell joined BBC Radio WM at Pebble Mill studios in Birmingham where he had his own Sunday afternoon show with dance, soul, disco and reggae music. It started out as a 40 minute feature but before long he had extended it to a full-blown 3 hour show. He worked at the BBC until 1985 when he decided he needed a holiday. He headed for Tenerife for a short stay with some friends and ended up staying for 4 years, becoming one of the main DJ’s playing in the clubs. In January 1989 he packed up and left for Canada. He found work at C.I.U.T Radio.

As Des loved having contact with a crowd, he never left the club scene and was soon playing in and around the Toronto area at household names such as: Copa, Empire and Starlight. After a 6 month adventure in Canada, Des decided to return to his old stomping ground of Tenerife and landed back there in the summer of 1989. He was then offered a trial at BCM Planet Dance in Mallorca, the biggest club in Europe . After 3 days he was offered a residency. He has seen many DJ’s come and go and played with the biggest names in the industry. He was a resident at the world famous Ministry Of Sound and Creamfields to name but a few.

In 1995 he played at the world famous Velfarre club in Tokyo – one of the most expensive clubs ever to be built at a cost of over 40 million dollars. It is still one of Des’s favourite gigs. He was part of the opening of the Ministry of Sound in Singapore and played the New Years Eve party at Desert Zone in Dubai. Des’s home base is Mallorca although frequent trips to Ibiza and the UK are always part of his schedule. He has done a full summer residency in Ibiza at mega club Eden and plays all the major clubs Es Paradis, Space, Privilege to name but a few frequently. He has worked with household named DJ’s including Carl Cox, Tiesto, Paul Oakenfold and Roger Sanchez and he has also toured with DJ Sammy all over the UK.

Many of Des’s own productions reached great heights in the UK charts including ‘Welcome To The Dance’ which reached number 5 in the charts and was a number 1 smash club hit all over the world. 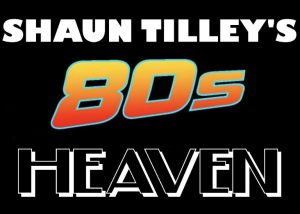